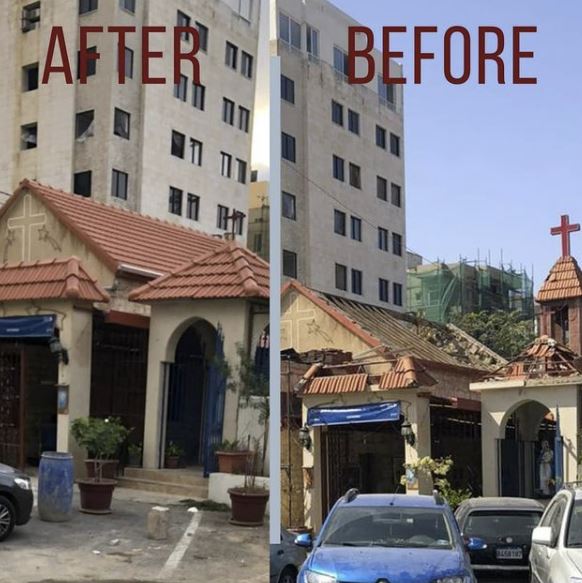 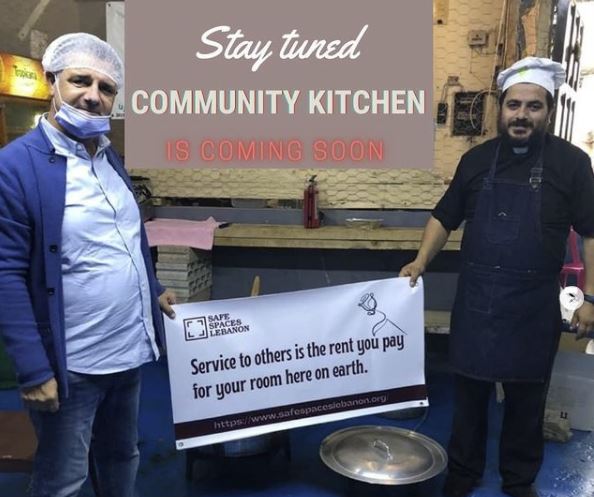 Safe Spaces continues to collaborate with Offre Joie Association to work on the rehabilitation project of Karantina Park.
With winter at the door, we have completed the restoration of the roof of the Lady of Karantina Church which will protect it from the rain. We move on to the rest of the restorative tasks that will ensure the rehabilitation process of the Karantina Community Park.
With your unwavering support, we honour our commitment to supporting Beirut and its residents after the massive explosion on the 4th of August 2020.

As general lockdown continues to take effect and in light of the Lebanese economic crisis, Safe Spaces Lebanon distributed food units for families suffering from the pandemic to reduce its outcomes and to support them to stay home to flatten the Coronavirus curve. This campaign, Box Of Hope, is an extension of the initiatives that Safe Spaces Lebanon has been doing since its inception.
Mr. Ghaleb Charif, director of the Lebanon Safe Spaces Office, indicated that these food units aim to prove the interdependence with the society's members in these harsh conditions that Lebanon is going through.
In return, the community kitchen still provides daily hot meals for the families affected by Beirut's port explosion.
Mr. Charif thanks the donors and supporters for their continuous support to provide our services to those who deserve it. Hoping the center will reopen soon, we will keep working to provide help to those in need. 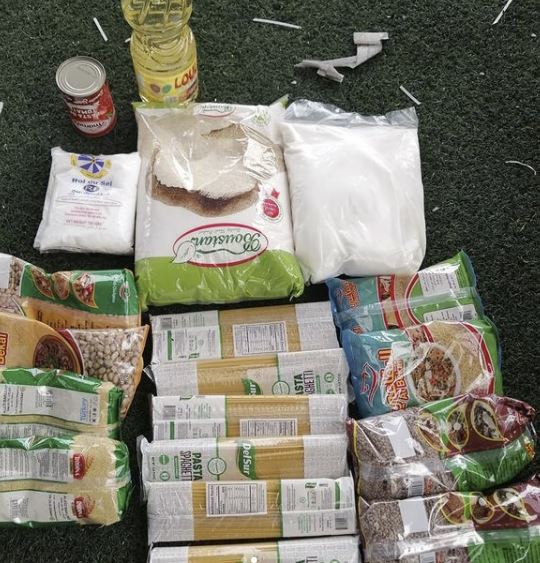 A Moment of Silence
Beirut observed a minute of silence at 6:08 p.m. on Friday September 4, marking the passing of exactly one month since the devastating Beirut Port explosion that shook the country and the world on Aug. 4, and in honor of the victims killed by the blast. The blast is now listed as one of the strongest non-nuclear explosions ever recorded, killing over 190 people and injuring more than 6,500. According to U.N. estimates 200,000 housing units and 40,000 buildings were damaged in the blast. 3,000 buildings were damaged so severely that they are currently uninhabitable. The World Health Organization did an assessment of area hospitals and determined that eight were partially damaged and one is completely destroyed. Out of the eight hospitals surveyed, only three are currently functional. Four field hospitals were set up in the affected areas in order to support local hospitals.

In an effort to ensure that all children affected by the Beirut blast can access education when the new school year starts this month, UNICEF called for urgent actions and increased support as 163 public and private schools were damaged by the explosions, impacting over 70,000 students and 7,600 teachers.
An estimated 600,000 children live within a 20-kilometer radius of the blast and could be suffering negative short-term and long-term psychological impacts.

This all happened at a time where the Lebanese people are facing an increasingly desperate situation with the impending economic collapse and lack of government services in their country, now can’t bear costs of making homes livable. Costs are soaring as the Lebanese pound continues to depreciate. Many people cannot obtain food, medicine, power, or shelter. In the absence of near-term solutions, over 50% of the Lebanese population is facing poverty. The COVID-19 outbreak has compounded the severity of the hardship faced by so many Lebanese. The situation is even worse among Lebanon’s refugee population. This is where the critical role of humanitarian organizations, both local and international, has become an indispensable tool for reducing the pain of the more than 50% of Lebanese now living in poverty.

Teams of volunteers, a symbol of the help-each-other spirit that’s grown up from the failures of Lebanon’s corrupt political class, and from the believe that the vibrant civil society will play a key role in channeling the international aids to local beneficiaries especially that affected people don’t trust the government, and in “preventing clientelistic groups from infiltrating the donation system,”

Safe Spaces Lebanon had stepped up when needed most. In response to the explosion our team deployed to the disaster area to provide food, water, and cleanup assistance. Safe Spaces Lebanon’s team under Ghaleb El Charif’s direction and supervision were able to make multiple visits to the affected areas and meet with the several organizations, local and international, all came to offer help.

Our efforts lead us to a multi partner project with Offrejoie (a voluntary movement across Lebanon to clean, restore and rehabilitate damaged areas), AUB (American University of Beirut landscaping and design team). 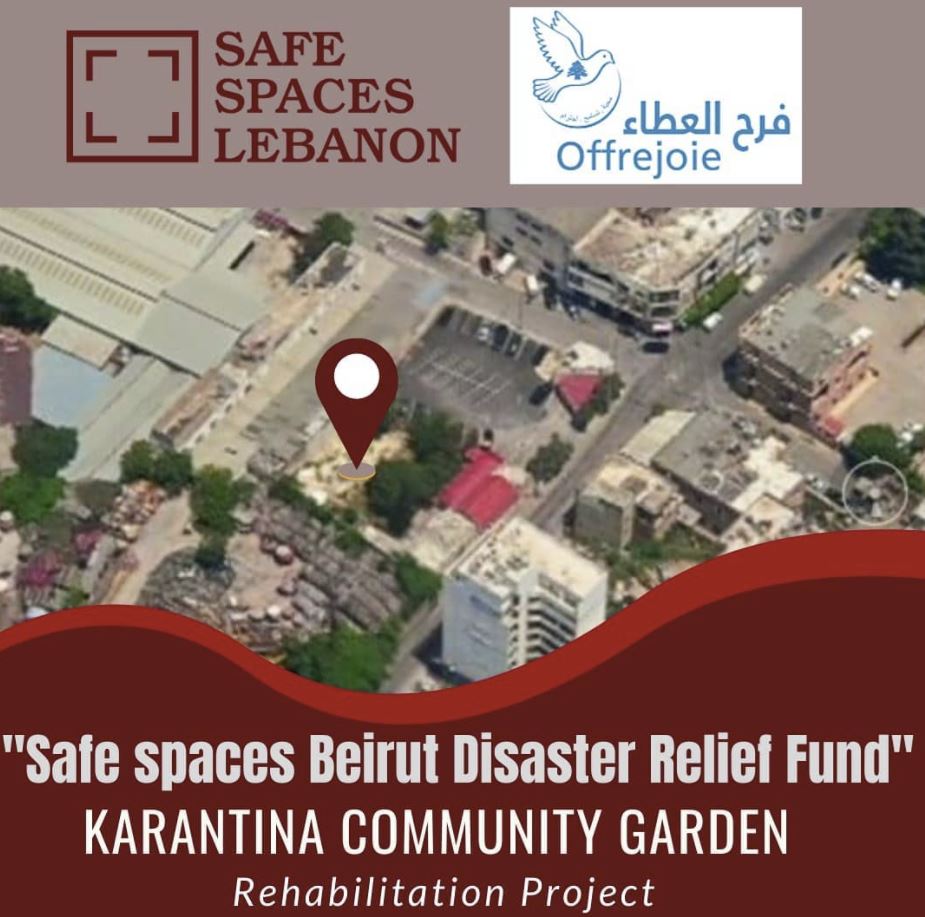 We will all be working together to clean up, restore, rehabilitate the Lady of Karantina historic church.

After the clean-up is completed, we will be working on creating the children’s “healing” garden on the land owned by and near the Lady of Karantina Church in the Karantina neighborhood.

The project includes a communal kitchen and a garden divided into a playground, a vegetable garden and a lunch space. Once rehabilitated, the garden will serve as a “healing” space for children, where they will be able to participate in recreational activities in hopes of overcoming the traumas they have developed as a result of the explosion that took place on August 4th.
In parallel to the rehabilitation works, we are hoping to initiate shared community spaces in the Karantina neighborhoods, where the children will also be able to interact with their peers from different backgrounds and faiths.

Safe Spaces Lebanon and OffreJoie teams started by installing tents, planned to serve as a break area for volunteers. The rehabilitation works will continue daily, and we will keep you updated on all the progress as they take place. 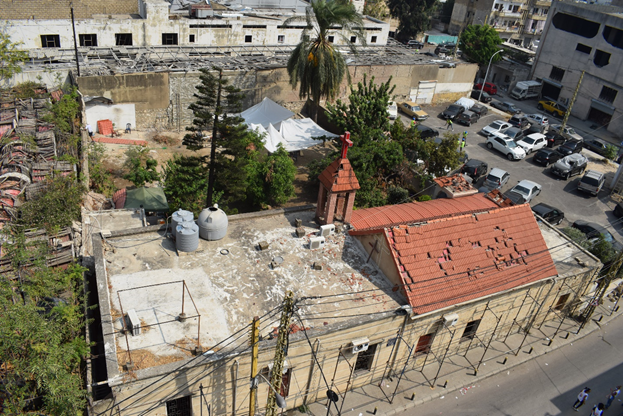 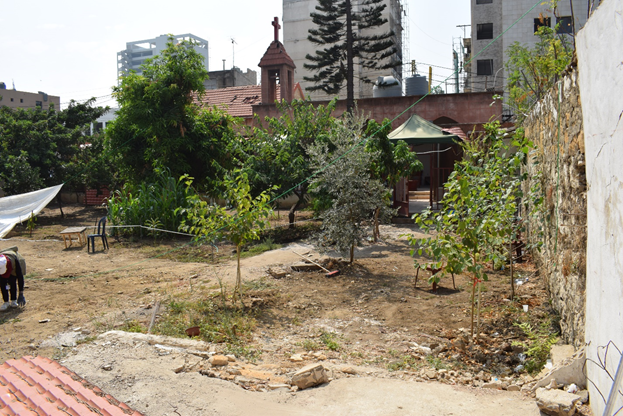 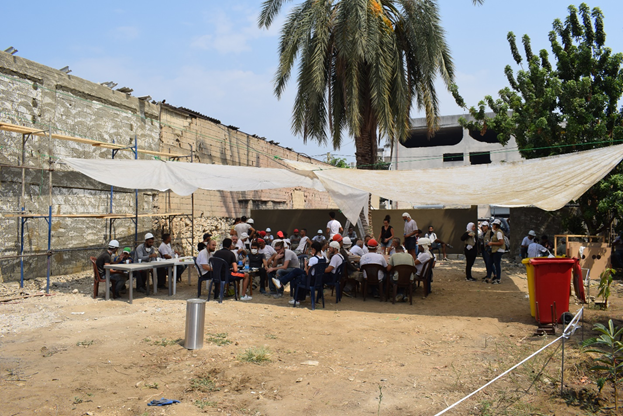 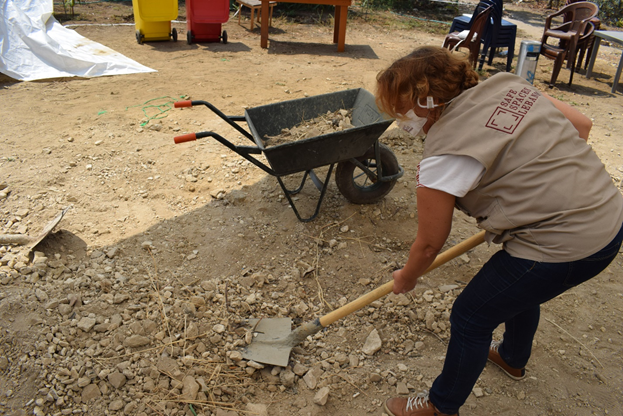 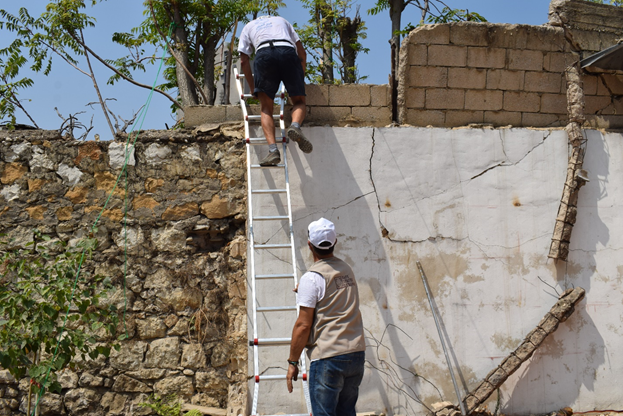 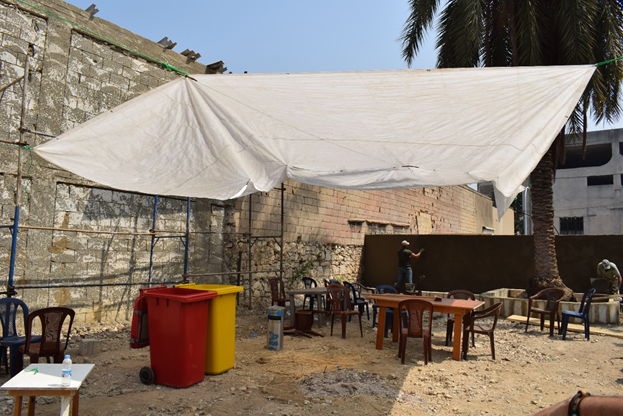 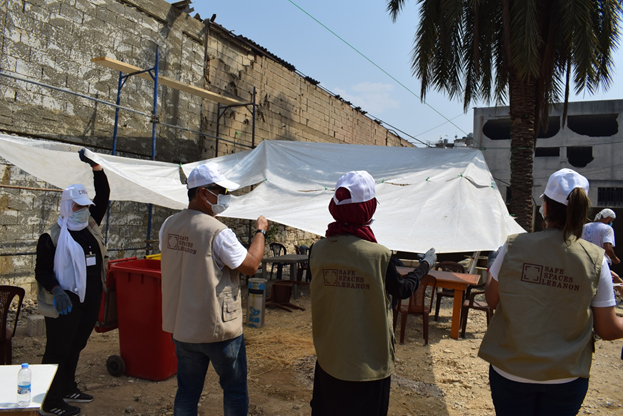 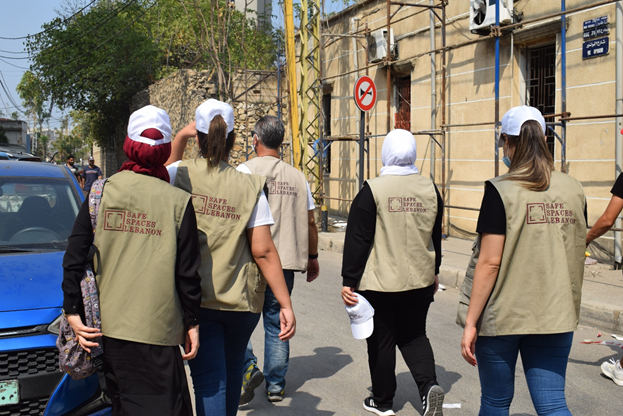 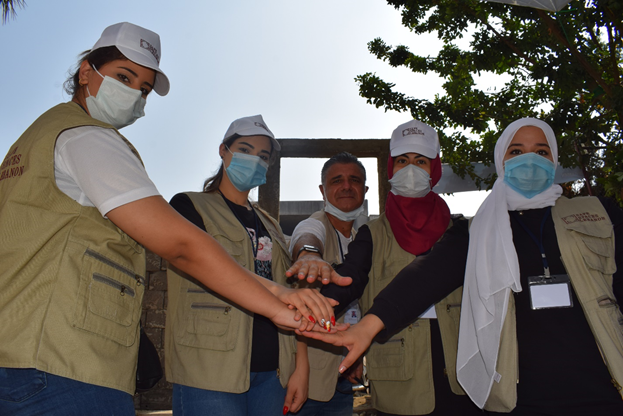 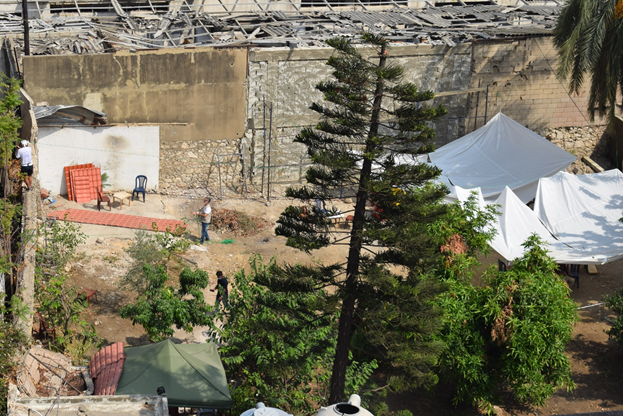 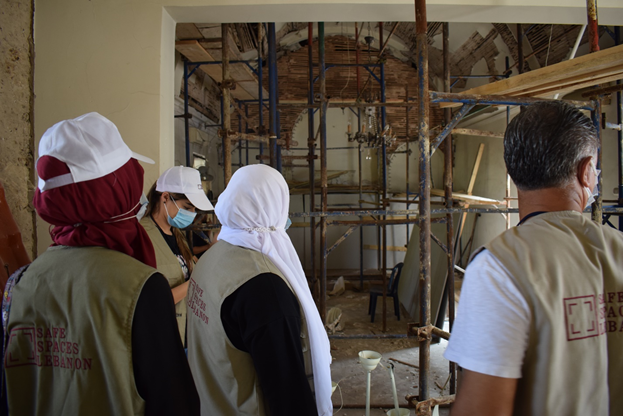 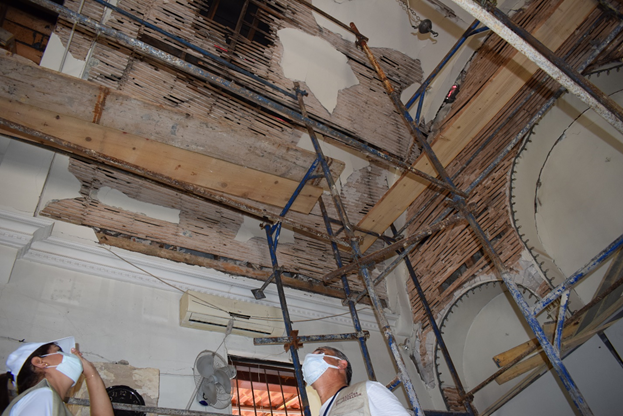 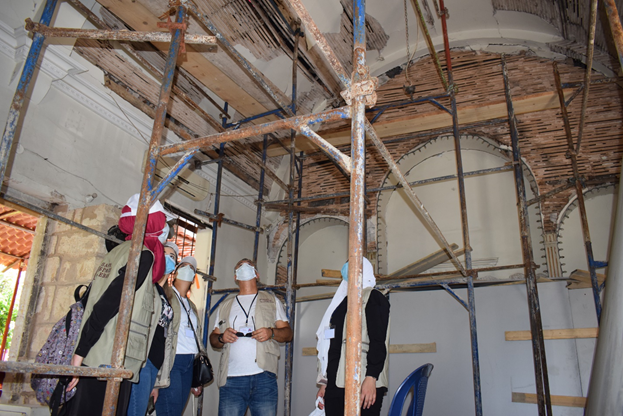 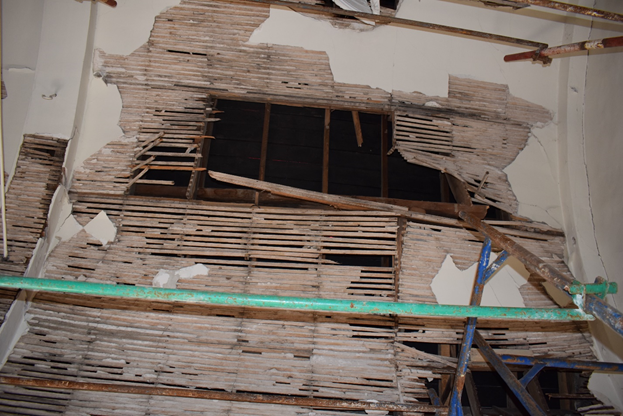 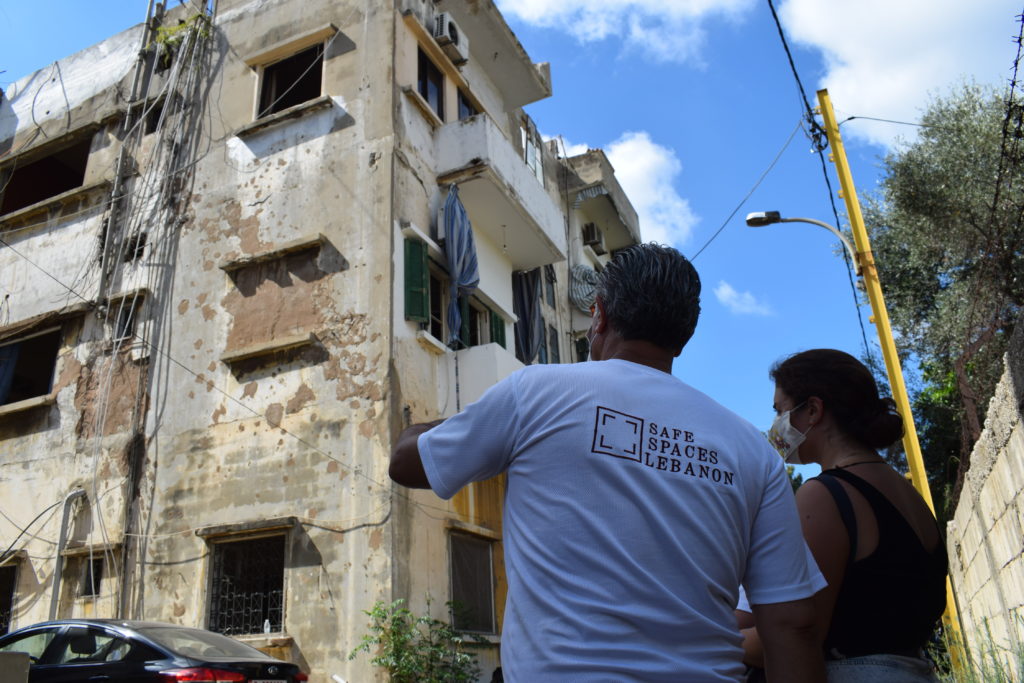 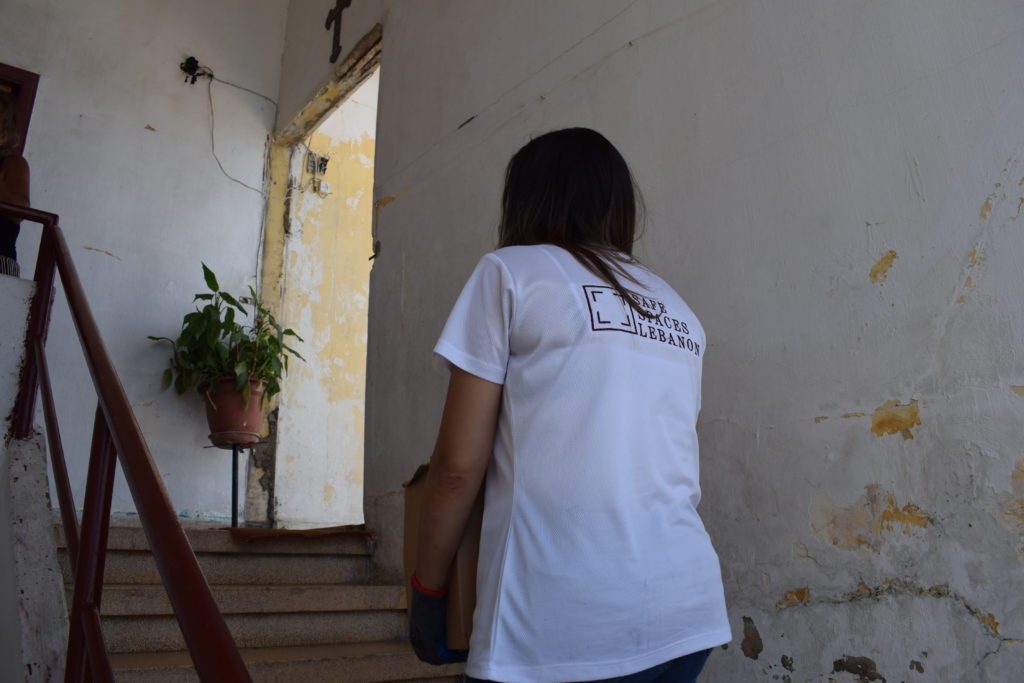 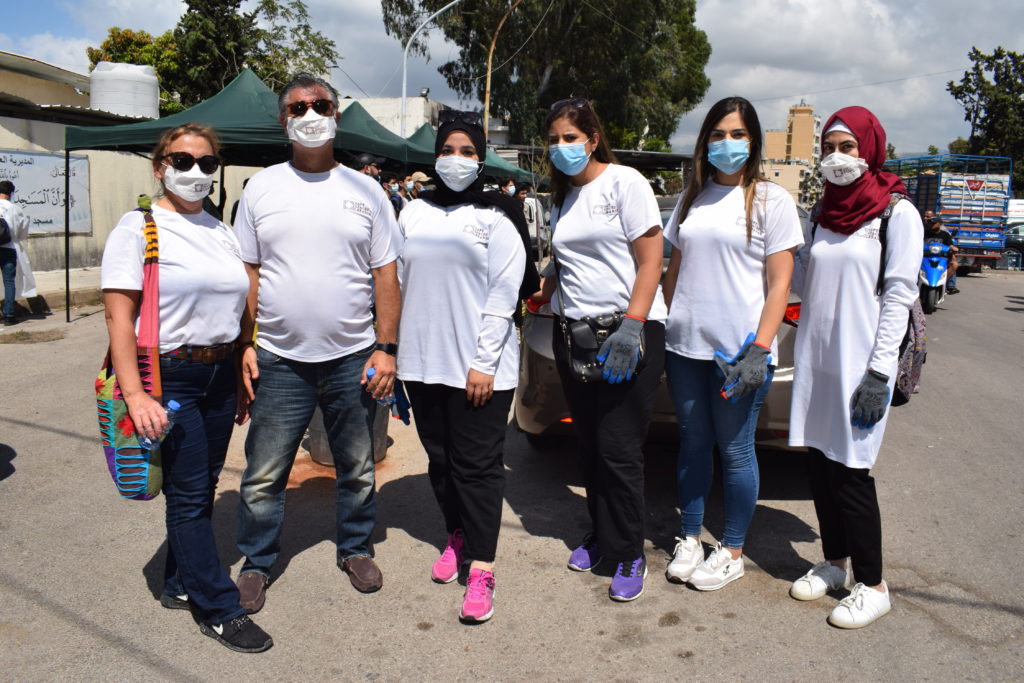 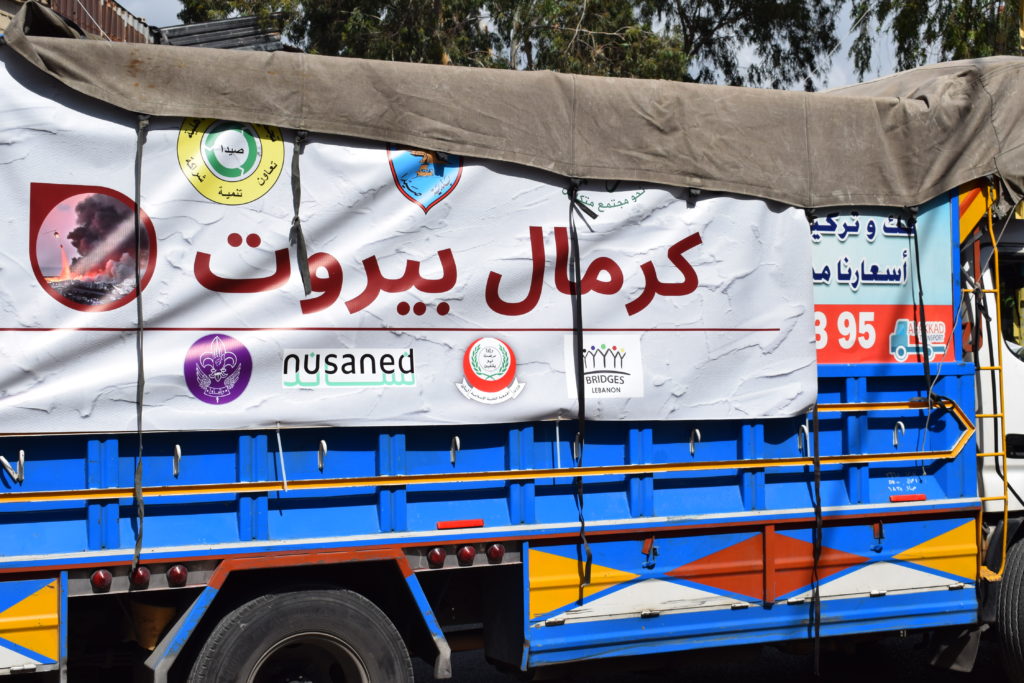 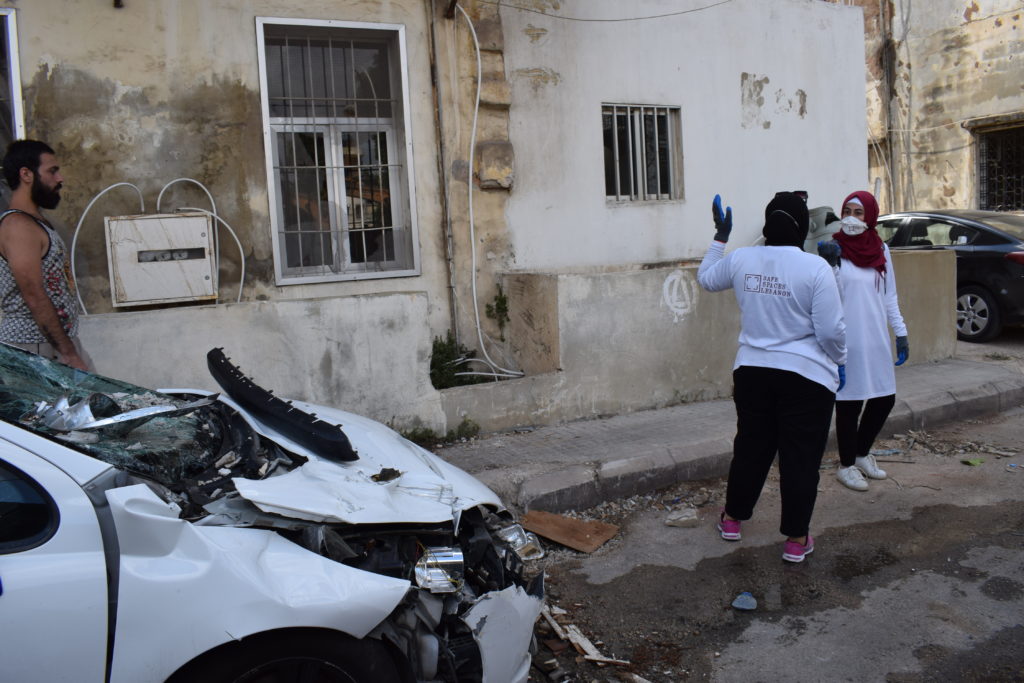 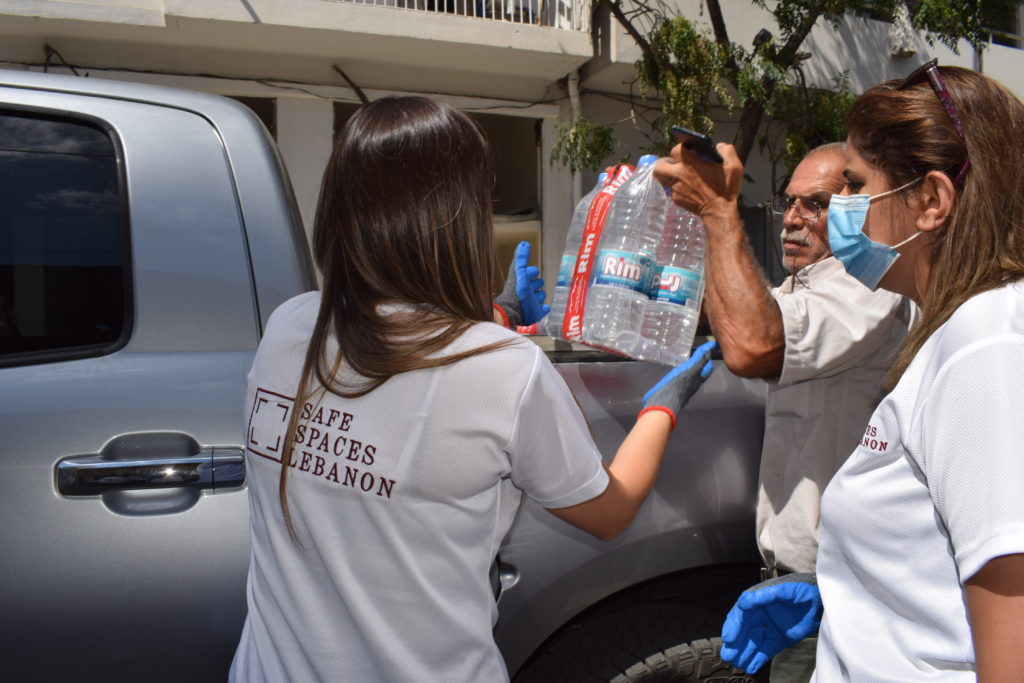